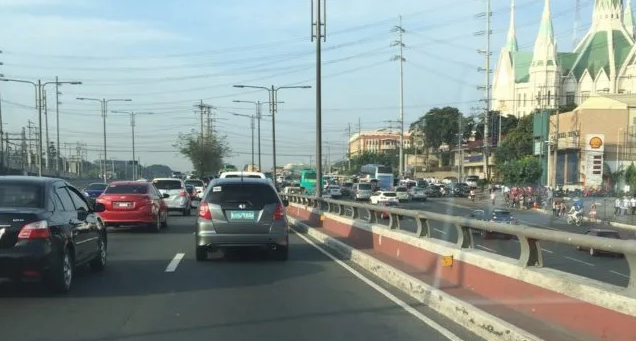 The Metropolitan Manila Development Authority (MMDA)moved the closure of the Tandang Sora flyover and the intersection underneath on Commonwealth Avenue after the Department of Transportation (DOTr) granted the request of the Quezon City local government.

The closure will now take effect on March 2 at 11 p.m., (instead of February 23), to give the MMDA enough time to inform stakeholders of the incoming closure that would affect more than 100,000 motorists who travel  Commonwealth Avenue and 3,000 motorists using the Tandang Sora intersection, MMDA General Manager Jojo Garcia said in a statement.

The flyover and intersection will be closed to give way to the construction of Metro Rail Transit (MRT) Line 7.

DOTr said it “accedes to the request of Congress and the local council of Quezon City to postpone the closure of the Tandang Sora interchange and flyover by one week.”

“While we want the construction of the MRT-7 to proceed as fast as possible, the DOTr also believes that the major adjustments have to be made by residents, commuters and motorists who will be affected by the said closure.”

“This morning, barangay leaders have started informing the residents of the closure,” Garcia said during a news briefing at the MMDA headquarters. They were joined by Quezon City Second District Representative Winston Castelo and Quezon City Vice Mayor Ma. Josefina Belmonte.

Garcia added that MMDA was given until February 24, to remove obstructions (illegally parked vehicles and illegal vendors) on Luzon Avenue, Visayas Avenue, Congressional Avenue and other possible alternate roads.

“I have instructed the Task Force Special Operations to clear all obstructions in the vicinity of Tandang Sora. Parking, terminals and vending will be prohibited to maximize the roads,” said Garcia.

Castelo also appreciated MMDA for listening to the request of the Quezon City local government and the Committee on Metro Manila Development, House of Representatives.

“We will not relax but conduct massive information campaign and clearing operations,” said Castelo.

U-turn slots and alternative roads where motorists will be installed as part of the  effort to minimize the expected traffic condition that the project would cause, Castelo said.

Motorists will be can expect two temporary U-turns to be opened – one across Microtel near UP-Ayala Techno Hub and another in front of CW Home Depot.

Belmonte said they have asked affected barangays to coordinate with the private contractor EEI Corporation and MMDA in conducting “massive and exhaustive information drive.”

Under the said project, the flyover will be demolished for the construction of the Tandang Sora Station of the MRT 7 in March.

For more articles like this, make sure to stay updated by either following or liking our FB page.